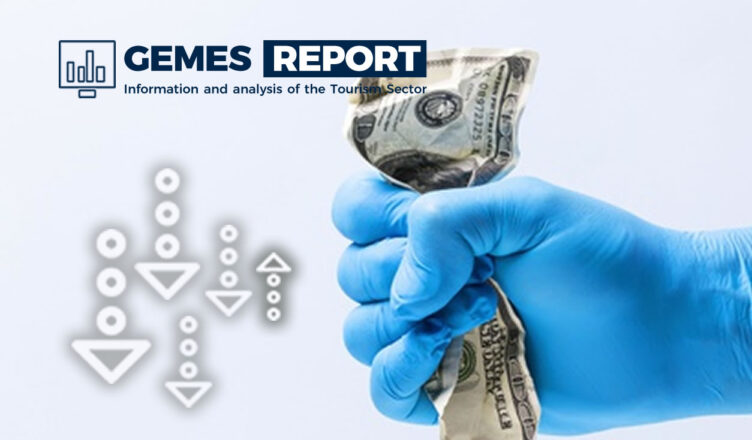 After the -17% fall recorded in the second quarter, the gross domestic product increased by 12.1% in the third quarter. The rebound in the economy in the third quarter is a natural consequence of the resumption of non-essential activities and the reduction of restrictions on the operation of businesses and establishments.

The growth of the last quarter, although high, is not enough to recover the loss in the value of national production. In fact, compared to the same quarter of the previous year, the annual drop is -8.6%.

For the entire January-September period, the economy contracted -9.8% and institutions such as Banco de México project that for the entire year the fall will be -8.9% and in 2021 there would be a recovery of 3.3%, which would be offsetting just a third of the contraction this year.

The biggest concern is that after strong growth in the first months after restrictions were lifted, the economic recovery has shown clear signs of slowing down. The General Indicator of Economic Activity increased 8.8% in June, but in the following months the increases have been less and less: 5.7% in July; 1.4% in August and 1% in September.

Apparently, the economic reactivation is beginning to show signs of exhaustion and the greatest risk is that the economy will stagnate at a level well below that reached in previous years and the growth rates close to zero observed in 2019 will be repeated, but with a lower level of GDP. The fall in business investment, coupled with lower growth in public spending and private consumption, do not allow the projection of growth rates that will boost the economy, to quickly return to the production levels of 2018.

As an engine of growth, only exports would remain, which, although important, are insufficient to pull the rest of the economy, while their positive impact is mainly present in the northern and central-western states of the country.

Analyzing the evolution of some of the sectors most closely linked to tourism and travel activity, partial recoveries are also observed in some sectors. The most important occurred in the sectors that were most affected by the suspension of non-essential activities such as air transport and temporary accommodation services. In these two activities, after registering falls of over -90% at the annual rate in the second quarter, in the third quarter they moderated their fall to -68% for air transport and -66.3% for accommodation services.

The claim that tourism was one of the first sectors to suffer the effects of the pandemic and will be one of the last to recover seems to be true. The following graph shows that the recovery is progressing gradually, but it can last for a very long period, which will depend mainly on the success controlling of the pandemic, both in Mexico and in the main source markets, progress is made in recovering the confidence of tourists and the full resumption of air connectivity.

One of the main priorities should be the control of the pandemic in Mexico, which is showing signs of increasing and threatening that several entities return to the red light, which would lead to the suspension of certain activities, as well as the deterioration of confidence.

Likewise, an issue to be addressed as soon as possible is the one that on November 21 the United States CDC called to avoid traveling to Mexico and classified the country with the highest level alert (4) due to the rebound in the number of cases of COVID-19, which in recent days the number of infections has even exceeded twelve thousand cases a day.