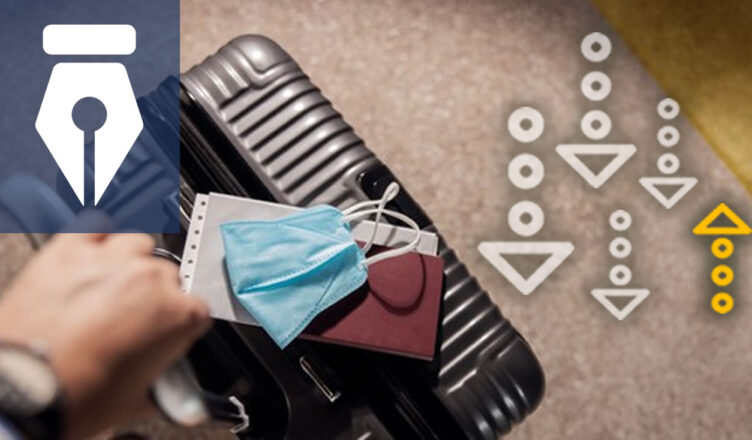 The recovery of tourism is advancing, the indicators of tourist arrivals and the evolution of the effective hotel rates show this, but there is still a long way to go and the speed of the recovery is far from being as desired. The fall registered in the second quarter by the tourism GDP was -43.1% and the road to reach the levels of activity before the crisis looks long and with many risks. The industry cannot be trusted to recover by itself; joint action by the private sector and the authorities is required to accelerate the reactivation, especially given the increase in many of the source markets in the number of infections and, consequently, in additional measures to restrict mobility.

Growth of 35.8% in tourism in September compared to August. Annual drop of -39.7 percent.

The Mexican tourism sector continued its gradual path towards recovery in September but is still far from reaching pre-crisis levels. Five months after the fall in the arrival of international tourists bottomed out in April with an annual decrease of -78.5%, the distance from last year’s level of arrivals has been closing and in September, with 1.8 million tourists, the reduction is -39.7% compared to the 3 million that arrived in the same month of 2019. Part of that recovery is due to the fact that historically September was the month with the lowest arrivals, and this year they increased 35.8% compared to the previous month.

In September, the country’s beach destinations received 223.9 thousand visitors by air, which represents an increase of 7.2% compared to the previous month. The city destinations had greater dynamism, although the volume is lower, with 137.8 thousand visitors in September, which represents an increase compared to August, of 18.6%. The recovery is not uniform: on the one hand there are destinations such as Cozumel or Morelia, with decreases of less than -20% (-18.7% and -18.6% respectively); and on the other Mérida, Mexico City, Huatulco, Monterrey or Querétaro, whose arrivals are below -70% of the level reached in September 2019. Los Cabos is located in an intermediate place with a drop of -35.2% compared to September of last year and Guadalajara with -34.6%.

Tourism GDP contraction of -43.1% in the second quarter.

Tourism GDP decreased -43.1% in the second quarter compared to the first quarter, according to the Quarterly Indicator of Tourism Activity calculated by INEGI. Compared with the same quarter of the previous year, the drop was -47% and for the entire first semester it is -26.3%. For the whole year, tourism GDP could decrease by around -30%, considering that the gradual recovery that has been taking place continues. The problems of the tourism sector are not attributable only to COVID-19. Since last year, tourism was already showing signs of slowing down and in the first quarter of this year, when the effects of the pandemic were not yet felt strongly, it fell -6.4% compared to the previous quarter and -5.3% in its annual comparison.

The effective rate (Rev PAR) decreased -64.2% in the third quarter.

With the beginning of the partial opening of non-essential activities, the hotel industry resumed its operations with permitted occupancy percentages not exceeding 30% in most cases. As a result, the effective rate index calculated by GEMES registered a rebound in the third quarter, going from 10.1 points in the first quarter to 34.4 points, which nevertheless continues to remain well below historical levels.