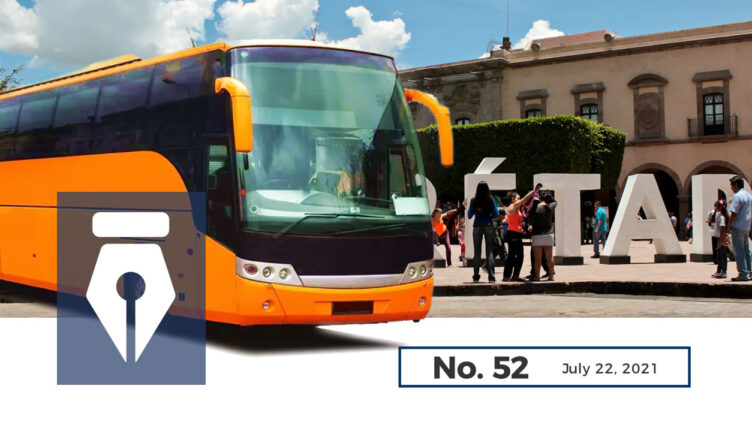 In May, there was a significant upturn of international visitor arrivals. The vast majority of visitors came from the United States, as a result of two factors: first, the strong increase in the number of Americans who want to start traveling, due to progress in reducing the number of infections and vaccination programs; second, Mexico remains unrestricted to receive tourists from the United States, while other countries, mainly from the European Union, as well as the United Kingdom and Canada, remained closed during this period.

The challenge is to ensure that this rebound consolidates into a sustainable recovery, leading to a rapid return to pre-pandemic levels, for which it is necessary to increase vaccination in the country’s main tourist destinations and prevent an increase in the number of infections, which could lead to the reimposition of restrictions on mobility and capacity in hotels and other tourist establishments.

U.S. visitor arrivals accelerate in May.

Mexico is experiencing a significant recovery in international visitor air arrivals, driven by the U.S. market.1.1 million  visitors arrived by plane in May, representing an increase of 27.8% over the previous month. Almost 85% of the visitors were U.S. residents.

The recovery of domestic tourism in the second two months of the year boosted beach destinations.

A greater flow of domestic tourists has been observed, which is very encouraging considering that domestic tourism is key to the reactivation of activity in most tourist destinations. Domestic tourism rebounded during the second two months of the year: in March 3.3 million tourists arrived at hotels, 57.8% more than the previous month, and in April this number increased by 8.5% with respect to March, reaching the highest level of arrivals in the entire contingency period with 3.6 million.

Air passenger transport is recovering from the worst crisis in the industry’s history. Air connectivity is fractured, but routes are beginning to reopen as travel restrictions are lifted and travel needs increase. May saw a significant rebound in both international and domestic passenger numbers.