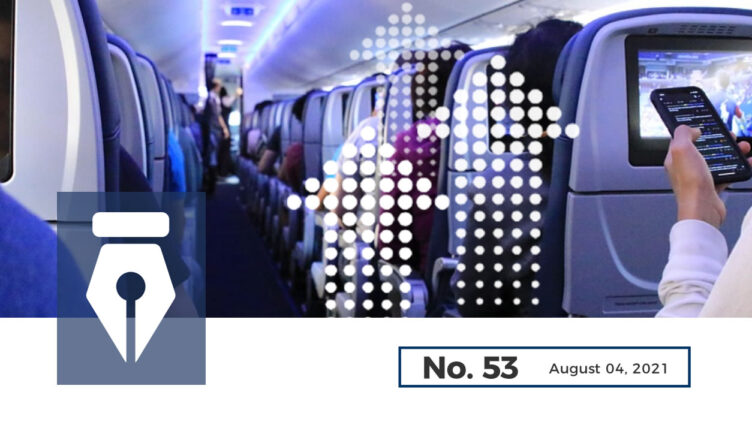 The recovery of international tourist arrivals gained strength in May. The dynamism of the U.S. market has been felt again, mainly in beach destinations, some of which are already registering a higher number of visitors than they reported in 2019. As mentioned above, Mexico has benefited from having kept its air borders open without restrictions and has taken advantage of the strong travel interest in the United States.

The recovery is already reflected in a rise in hotel occupancy rates, which have been increasing steadily since March. Beach destinations are once again showing the greatest progress.

However, recovery is still uncertain. We are dependent on a single market, which could impose restrictions at any given moment if a high percentage of the population is not vaccinated and if the third wave of contagion worsens. There is a high risk that countries will begin to open bilaterally, among those that have achieved vaccination percentages of over 70% or 80% and have managed to significantly reduce the number of infections.

A possible example is Canada, our second largest market, which could resume tourist flows with the United States in mid-August, when both countries reach around 75% of their population vaccinated, a percentage that Mexico does not seem feasible to reach in the coming months, so the Canadian market could remain closed to us for a few more months. It is urgent to redouble efforts to increase vaccination, mainly in tourist destinations.

International tourism to Mexico has accumulated three months of sustained recovery in which both international tourist arrivals and visitor receipts have reached their highest levels in more than a year. In May, 2.7 million international tourists arrived, a figure that is 14.3% higher than the previous month and -23.2% lower than in the same month of 2019. Since March, the magnitude of the drop with respect to the same month of 2019 has been reducing month after month, so it seems that we are on the way to recovering the levels prior to the COVID-19 crisis.

Los Cabos, Cozumel, Ixtapa-Zihuatanejo and Loreto recovered in May the level of international tourist arrivals prior to the COVID-19 crisis.

Mexican destinations are experiencing a recovery in international visitor arrivals by plane. However, the recovery has not been even and only a few destinations in the country have the highest demand, including Los Cabos, Cozumel, Ixtapa-Zihuatanejo and Loreto, which in May already surpassed the level of tourist arrivals prior to the crisis. In general, beach destinations are recovering faster and city destinations are lagging behind.

After registering occupancy percentages below 5% in April last year, by May of this year, the country’s 70 destinations (which together add up to around 421 thousand available rooms), already report an average occupancy of 40.3%, which is lower by -19.9 percentage points compared to the same month in 2019. This represents the maximum level reached in the entire pandemic period.