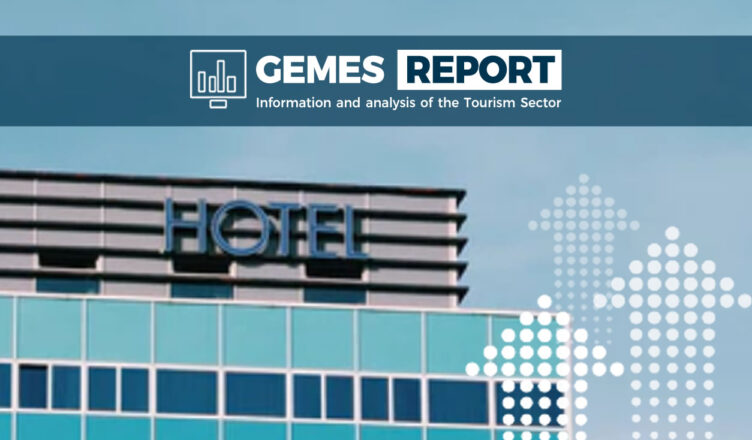 The hotel industry is one of the sectors that has been most affected as a result of the effects of the coronavirus pandemic and the mitigation and containment measures, which caused a decrease in mobility and capacity limitations. Since March 2020, when the health crisis began in the country, non-essential economic activities, including tourism, were ordered to cease, so that lodging establishments were practically empty for several weeks.

In July last year, the sector began to reactivate due to a greater displacement of the domestic market; however, the recovery has been slow, according to the hotel monitoring of the DataTur system in 70 tourist centers in the country, whose latest figures up to May, show a clear difference with respect to the low levels of last year, but also a considerable gap with the same week of 2019.

Despite the fact that winter is normally a season of high demand for travel to Mexican destinations, both for domestic tourism and international markets, last winter was a period of slow recovery in hotel occupancy levels, which began to gain momentum until March of this year, surpassing the 30% barrier. For May, the country’s 70 destinations (which together total around 421 thousand available rooms), already report an average occupancy of 40.3%, which is lower by -19.9 percentage points compared to the same month of 2019. This represents the maximum level reached in the entire pandemic period.

As mentioned in other articles in the GEMES report, the evolution of the sector has occurred at different speeds between beach and city destinations. In the case of hotel activity, cities have had a more stable but also slower recovery, reporting in May an average occupancy of 32.3%, which is lower than in the same month of 2019 by -23.8 percentage points; while beach destinations, favored by higher demand from international tourism (which has intensified in recent months), report 49.3% occupancy, with a difference of -15.5 percentage points compared to 2019.

Beach destinations are generally registering higher occupancy levels, led by Mazatlán, which according to DataTur’s monitoring, reached 69.3% occupancy in its 9,750 average available rooms in May, 8 percentage points higher than in the same month of 2019. Other destinations have not yet surpassed «pre-pandemic» levels but are getting closer, are Los Cabos (-4.2 percentage points), Cozumel (-6.1 points), and Acapulco (-7 points), with occupancy of 63.6% and 41.7% the first two, driven by U.S. tourism; and the third registering 40.4%, favored by its proximity to Mexico City.

The Riviera Maya, on the other hand, which is the beach destination with the largest hotel offer in the country, registered in May an occupancy rate of 41% in the 45,912 rooms available, a figure lower by -37.4 percentage points than that recorded in May 2019. This destination is preponderantly visited by international tourism, which a little more than a year after being compressed, is still mostly inactive, except for the U.S. market.

Given that the nature of trips to destinations in cities obeys different motivations, such as visits to family and friends or for professional and business purposes, there is less progress in the recovery of hotel activity.  Mexico City, which had a supply of 51,706 rooms available in May 2021 according to DataTur, registered a hotel occupancy of 30.7%, that is -35.4 percentage points less than that registered in May 2019. Guadalajara and Monterrey, the other two large cities in the country presented similar occupancy levels of 33.6% and 38.4% respectively, although the former with a smaller decrease of -19.4 percentage points, while Monterrey is below the May 2019 level by -34.5 points.

Cities such as Villahermosa or Tijuana, which although their hotel supply is considerably lower, are closer to reaching pre-pandemic occupancy levels, with gaps of -8.4 percentage points for the former and -18 points for the latter, and occupancy above 40% (43.2% and 45.5% respectively). In contrast, Puebla is, among the main tourist cities, the farthest from recovering, registering in May an occupancy of 22.2% in its 9,710 rooms, which represents a third of the occupancy recorded in May 2019 (-40 percentage points).

In the first five months of the year, the figures are more revealing of the difficult situation that destinations have faced, as the three most important destinations in the country by size of supply (more than 132 thousand rooms together), have not even reached half of their capacity, when in the same period of 2019 the Riviera Maya, for example, reported 82.1%, Cancun 76.8% and Mexico City 63.8%. The set of 70 destinations monitored by DataTur, recorded 32.2% occupancy in the January-May period; that is, -29.3 percentage points less than the level of the same period in 2019.