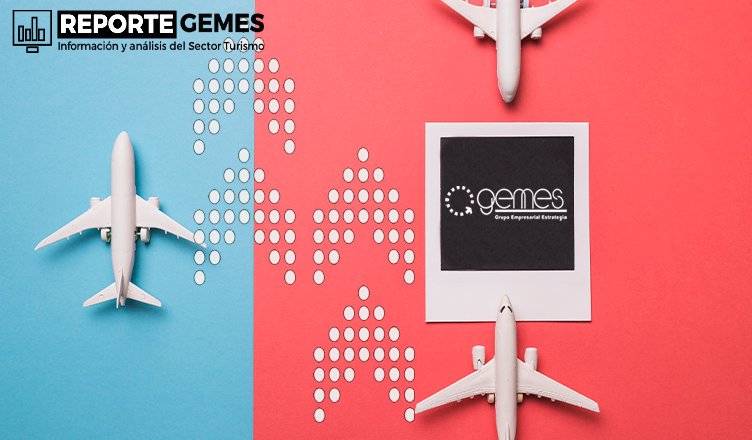 In the second quarter, tourism GDP registered a slight rebound with respect to the first quarter of the year, according to INEGI seasonally adjusted figures, however, there are doubts about whether the recovery can be consolidated in the following months. GEMES believes, based on the strong slowdown that has recently been observed, both of national and international tourism, particularly air tourism, that it is difficult for tourism GDP to continue to grow, affecting the country’s tourist destinations, some of which already show a decrease in the arrival of international tourists.

In the January-September period of 2019, the arrival of international tourists grew 7.6%, the same rate as the previous month, amounting to 32.8 million tourists. Border tourism had a rebound in September, while air tourism showed a drop of -1.7%, the strongest since April 2012. The average expenditure per tourist arriving through this way grew 1% compared to September 2018 , which represents a strong deceleration, because in previous months it had been growing at a double digit rate.

Less arrival of international visitors to beach destinations. Cancun, Puerto Vallarta and Cozumel the most affected

In the first nine months of the year, the arrival by air of international visitors registered a growth of 1.4%, however, in September a decrease of -0.6% was observed, compared to the same month of the previous year, which complicated the situation of some tourist destinations in the country, regarding the arrival of international visitors. In September, tourism to beach destinations added four consecutive months downwards. The United States, the most important market, has fewer visitors to Mexico, which mainly impacts destinations such as Cancun, Cozumel and Puerto Vallarta.

The tourism GDP picks up slightly in the second quarter, but doubts remain as to whether it is sustainable

The Quarterly Indicator of the Gross Domestic Tourism Product increased by 0.4% (based on seasonally adjusted INEGI figures) in the second quarter of this year, compared to the previous quarter. This growth represents a slight rebound in tourism activity, since in the first quarter the registered growth was 0.1%. With respect to the same quarter of the previous year, the increase was 0.3%, which also represents a recovery, since in the first quarter there was a drop of -0.8%, at an annual rate.

Aviation and climate change: are there reasons to stop flying?

A few months ago a movement began in Sweden known as flygskam in Swedish, (flight shame in English), which seeks to convince people to stop flying, with the purpose of eliminating the carbon footprint left by the aviation industry and thus contribute to combating climate change. If this movement is generalized, its effects on tourism could be of great impact, especially for destinations that require long-haul flights. The force that has been gathering this movement has forced the aviation industry to respond and present the actions that have been implemented to reduce its carbon footprint.