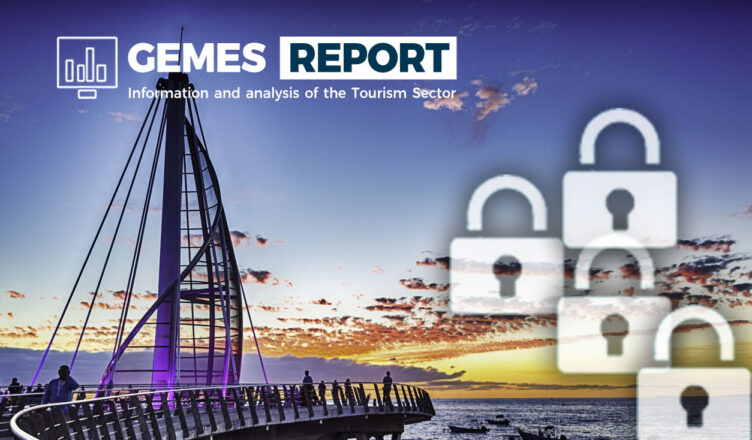 In the midst of the health emergency due to coronavirus, the perception of insecurity in the Mexican population decreased, according to the latest survey of the National Urban Public Safety Survey (ENSU), carried out by the INEGI in September. 67.8% of the adult population of 70 cities in the country consider the city in which they live unsafe, observing a significant decrease of -5.6 percentage points, compared to the March survey (in June the measurement was not carried out due to the health emergency) . The current perception of social insecurity, which had not been at this level for almost five years (December 2015), can be attributed precisely to the context of the pandemic and the measures to stop it.

Among the 10 cities with the highest perception of insecurity are localities in Mexico City and the State of Mexico, the most important metropolitan area in the country. There are also some relevant populations such as Villahermosa (90.4% of the adult population), San Luis Potosí (83.6%) and Toluca (88.9%), despite the fact that for the first two the perception of insecurity of its population decreased slightly, with respect to the previous measurement.

On the other hand, La Paz, Baja California Sur, is the second city in the uprising with the lowest perception of insecurity (21.8%), highlighting the decrease of 20.6 percentage points compared to March, which leaves it at the lowest level since it began to be measured in the survey (March 2016). Likewise, other important tourist destinations such as Mérida (22.5%), Los Cabos (26.9%), and Puerto Vallarta (32.4%) are among the 10 cities with the lowest perception of insecurity.

Considering the relevance of beach destinations in the country’s tourism offer, it should be noted that in the average of the set of ten destinations included in the survey, 56.6% of its adult population feels insecure, registering a decrease of -8.1 points percentage over the March measurement. The only destinations that report an increase between one survey and another are Manzanillo and Puerto Vallarta; while La Paz (as mentioned above), had the most notable decrease; followed by Veracruz, whose perception of insecurity (59.3% of the population), as in La Paz, is the lowest since it began to be measured in March 2016.

It is relevant to mention that the level of insecurity perceived by the inhabitants of Cancun, an extremely important destination for international tourism, continues to be high. In September it reached a perception of 81.5%, 4.1 points lower than that registered in March and the lowest in three years, but still very high as it is the main entry point of the international market to the country. In contrast, Los Cabos, with 26.9%, decreased 12.8 points and was at the lowest level since it joined the uprising.

In the case of the most important city destinations, 73.9% of the adult population of Mexico City expressed feeling insecure, with a reduction of -3.4 percentage points compared to the previous measurement and the lowest level since it has been registered. The perception of insecurity in Monterrey decreased 9.9 percentage points to 66.4%, the lowest level in four years. On the other hand, the population in Guadalajara feels more insecure than in the other two cities mentioned, with 83.3%, registering a slight decrease of -0.6 percentage points compared to the March measurement.

Other cities that stand out in this latest survey of the Urban Public Safety Survey are Colima (54.3%), Querétaro (46.3%), Culiacan (65.1%) and Tijuana (73.6%), since the perception of insecurity decreased more than 12% in each one and the first two register the lowest levels since they began to be measured. In contrast, the city of Oaxaca registered an increase of 1.6 percentage points, reaching a 75.9% perception of insecurity.