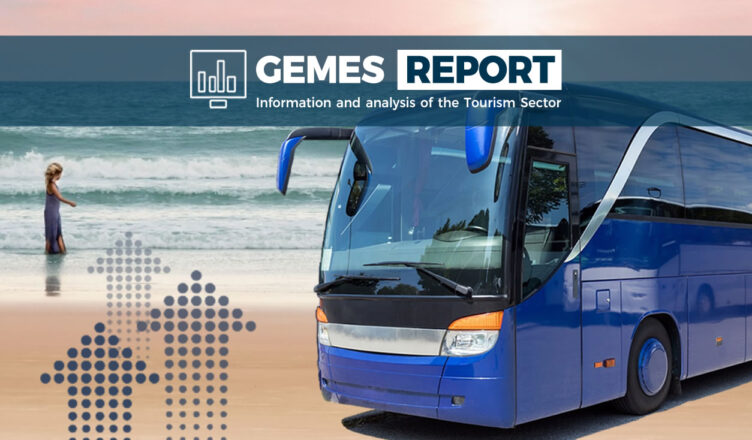 The tourism sector is gradually recovering from the worst crisis in its history. On the one hand, the international market is reactivating as air connectivity strengthens; while in the national context, a greater flow of tourists is observed, which is very encouraging considering that domestic tourism is key for the reactivation of the activity in most destinations.

According to DataTur figures, 11.3 million domestic tourists arrived at hotels in 70 resorts in the January-April period of this year, which represents a decrease of -12.3% with respect to the same period last year (when the effects of the pandemic had already begun), as well as a drop of -41.3% with respect to the first four months of 2019.

During the first four months of the year, 8 million tourists have stopped arriving at hotels in the country’s main tourist destinations, and although the country is far from recovering its pre-pandemic levels, the rebound in domestic tourism recorded in the second two months of the year is noteworthy. In March, 3.3 million hotel arrivals were reached, 57.8% more than the previous month and -0.8% less than in March of last year (when the crisis was just beginning in the country); while compared to the same month of 2019 the gap is -34.6% (in January and February it was -48.3% and -50.5% respectively). For April, domestic tourist arrivals to hotels increased by 8.5% compared to March, reaching the highest level of arrivals in the entire contingency period with 3.6 million.

The recovery in domestic tourism has not been even across all destinations, as tourists have mainly favored beach destinations over city destinations. Acapulco, for example, has positioned itself as the most important destination in the domestic market in terms of hotel arrivals, above Mexico City, with 1.2 million tourists in its hotels in the first four months of the year. However, compared to the same period in 2019, it presents a drop of -45.6 percent.

Other beach destinations register an important recovery, as is the case of Puerto Vallarta or Manzanillo; the former with an accumulated decrease of -5.5 percent compared to the January-April 2019 period and the latter already registers a positive rate of 9.3 percent. Veracruz and Cancun, on the other hand, accumulated drops of close to -40% in the period, although in the month of April the gap was reduced to less than -30%.

In contrast to the progress in beach destinations, the cities show less dynamism in the arrival of domestic tourists. The country’s three large cities, which are also important destinations for tourism for professional and business purposes, continue to register sharp declines one year after the beginning of the health crisis. Mexico City, whose hotels received 997.4 thousand domestic tourists in the first four months of the year, has lost 1.8 million when compared to the same period in 2019, down -64%.

Guadalajara and Monterrey have also lost more than half of the volume of domestic tourists in the first four months of the year (-50.6% the first and -52.2% the second), although in the last month they showed greater progress to their recovery, with drops of -48.7% and -40.4% respectively, compared to April 2019. Puebla, however, stands out for the little dynamism it has shown, since after Mexico City and Acapulco, it is the third destination that has lost the most domestic tourists in the January-April period, amounting to 615.8 thousand less than in the same period of 2019, a contraction of -75.6%.

In conclusion, tourist destinations continue to suffer the effects of the pandemic more than a year after the collapse of tourist arrivals, and the situation continues to be complicated, due to the fact that domestic tourism, which is the trigger for recovery in the first phase, is advancing, but not uniformly, favoring mainly beach destinations, while recovery is lagging behind in city destinations.