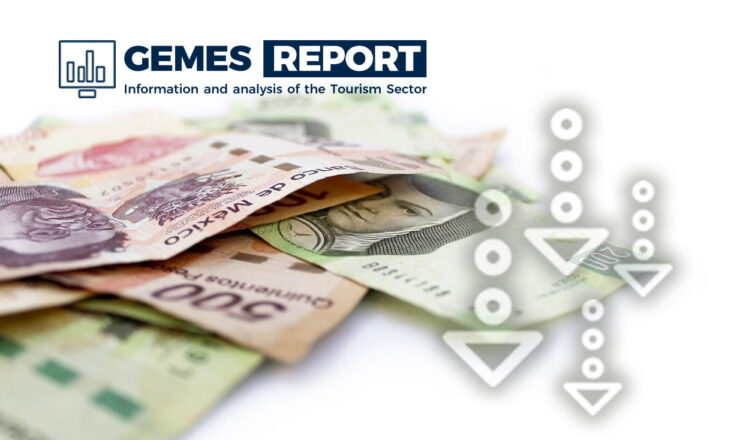 Tourism GDP decreased -43.1% in the second quarter compared to the first quarter, according to the Quarterly Indicator of Tourism Activity calculated by INEGI. This drop was already anticipated considering that in the second quarter the tourism and travel sector was one of the most affected by the COVID-19 epidemic and the restrictions on activities considered non-essential. Compared with the same quarter of the previous year, the drop was -47% and for the entire first semester it is -26.3%. For the whole year, tourism GDP could decrease by around -30%, considering that the gradual recovery that has been taking place continues.

However, the problems in the tourism sector are not solely attributable to the COVID-19. Since last year, tourism was already showing signs of slowing down and in the first quarter of this year, when the effects of the pandemic were not yet felt strongly, it fell -6.4% compared to the previous quarter and -5.3% in its annual comparison . Various elements, such as the lack of promotion and the rise in the perception of insecurity, have impacted the arrival of international tourists. For national tourism, the economic stagnation, which has been registered since the previous year, has also contributed to a contraction in the demand for recreational trips.

The consumption of inbound tourism, which corresponds to the demand for goods and services by international tourists who visit the country, already had sharp falls since last year, as can be seen in the graph below. The fall in the second quarter, both in its annual rate and with respect to the immediately previous quarter, is close to -90%, which is in line with the severe decrease suffered by the arrival of international tourists by air during that period.

The coronavirus epidemic aggravated the problems that the tourism sector had been dragging down since 2019. It is foreseeable that the deepest part of the crisis has already passed. What is not clear is how long it will take for the sector to recover to reach pre-crisis levels. The recovery is taking place gradually but faces strong obstacles and high risks. Air connectivity has been partially recovered, mainly with the United States, but it has yet to be reactivated with other regions of the world. Tourist confidence has not yet consolidated, and a large percentage of travellers are reluctant to travel by air, at least in the short term.

If the increase in COVID-19 infections continues in our main markets, as in fact it has been happening, it could make the progress achieved in terms of mobility and confidence to travel disappear or at least be reduced and we return to depressed levels in the arrival of international tourists. Nationally, it is increasingly worrying that some states have returned to the red light and others are at risk of doing so. The downturn in the economy and employment also undoubtedly has an impact on travel.

In these circumstances, the health crisis and its effects on the economy and tourism have lasted longer than originally anticipated. The coordinated and joint work of the authorities with the private sector is becoming more urgent to support the recovery of tourism and avoid structural and permanent damage to this productive activity, which generates more than 4 million direct jobs.