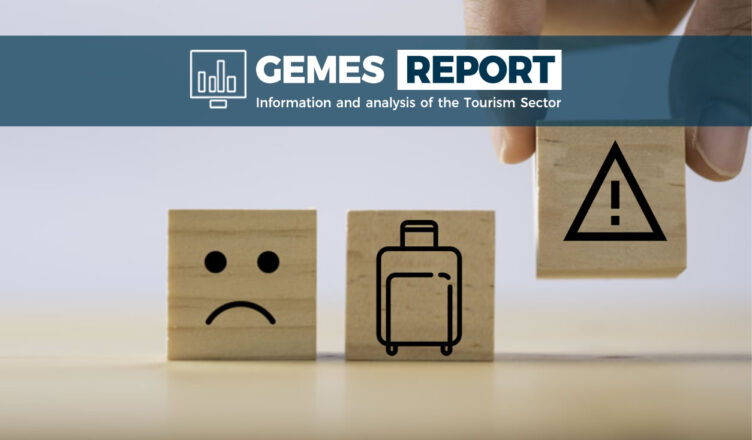 As mentioned in previous issues of the GEMES Report, the US State Department is the agency in charge of the country’s foreign policy. As part of its functions, it provides services and information for US citizens living or travelling abroad through the «Travel Advisory», which forms part of the reference points when selecting a destination, particularly since the international border closures implemented by COVID-19.

On 20 April, an update of the travel recommendations for 208 of the 209 destinations listed in the Travel Advisory was released. As part of this update, 109 nations were upgraded to level 4 «Do Not Travel», bringing the total to 80% of the list with the highest level of alert. This update responds to the risks travellers continue to face as a result of COVID-19.

Canada, the United Kingdom, Germany, France, Italy, Jamaica and Mexico are some of the nations that have been downgraded to level 4. In a press release the State Department informed that, as of 20 April, updates will be made to the Travel Recommendations based on information provided by the Centers for Disease Control and Prevention (CDC), without neglecting logistical factors such as entry restrictions for US citizens to various countries and the availability of tests in those countries.

In subsequent days, a change in the alert level for Israel was announced, from level 4 to level 3, since the 20 April update recommended against travel to Israel and the West Bank; it should be remembered that Israel is one of the most advanced countries in the application of COVID-19 vaccines.

In the case of Mexico, the Travel Advisory specifies: «Do not travel to Mexico because of COVID-19. Exercise extra caution due to crime and kidnapping. Some areas are at higher risk”.

In the travel advisory for the Mexican Republic, the states of Colima, Guerrero, Michoacán, Sinaloa and Tamaulipas are maintained as «Do Not Travel«, with the respective exceptions of some tourist areas such as Manzanillo, Mazatlán, Los Mochis and Topolobampo. While eleven states maintain the «Reconsider Travel» status, these are: Chihuahua, Coahuila, Durango, Jalisco, State of Mexico, Morelos, Nayarit, Nuevo Leon, San Luis Potosi, Sonora and Zacatecas, due to the crime experienced. As is the case in level 4, for the states classified as level 3, it is specified that there are no restrictions on travel to Puerto Vallarta, Guadalajara metropolitan area, Chapala, Ajijic, Nuevo Vallarta, Punta Mita, Bahía de Banderas and Santa María del Oro.

Regarding the states that maintain the recommendation to «Take greater precautions» (level 2), there are 16 entities, among which are: Mexico City, Baja California Sur, Quintana Roo and Yucatan.

In response to the COVID-19 health emergency, in March 2020, the State Department in conjunction with the CDC issued a Global Health Alert level 4, which recommended «No Travel» abroad without exception. Subsequently, in August, the system of recommendations was resumed from level 1 to level 4 according to the specific conditions of each country; in this update, Mexico remained at the highest level of alert and it was not until September when the recommendation was modified to level 3. Once again, Mexico returned to level 4 in the latest published update, and as detailed above, no modifications were observed in the breakdown of the alert by federal entities, so it is understood that this update responds to the risks from COVID-19 that the CDC recently identified.

For our country, the United States represents the main outbound tourism market, so the Travel Recommendations and the Traveller Registration Program (STEP) can contribute to improving or damaging the perceived image when travelling. While the Travel Advisories are not considered mandatory restrictions on the mobility of Americans, in recent times there has been increased awareness and attention to the changes they generate, and they are an official source for consultation on the status of a nation, particularly on COVID-19.